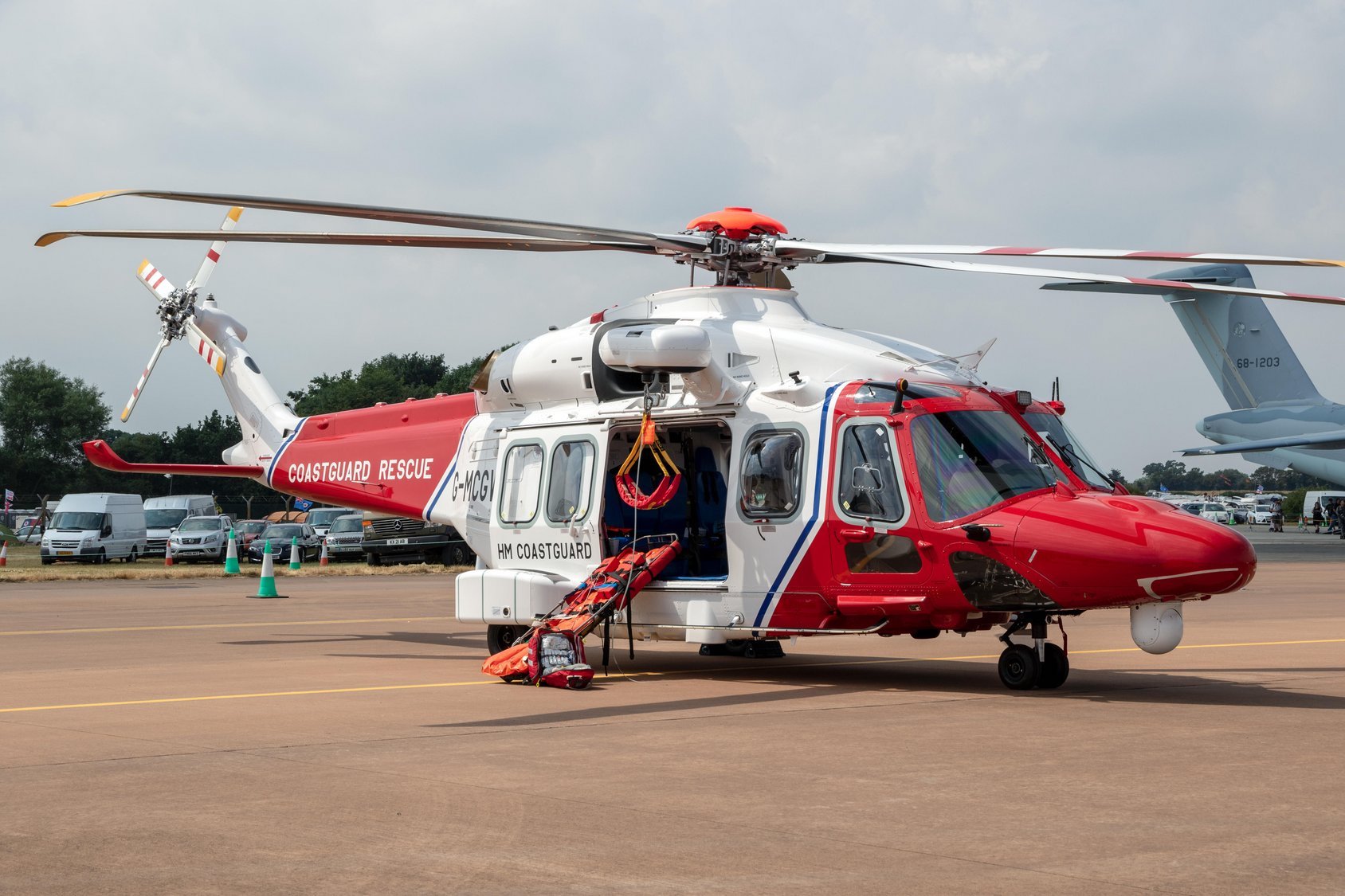 The AW189 is a twin-engine “super medium” helicopter.

The aircraft currently operates in crew transportation for the offshore oil and gas industry, public service, firefighting and as a long-range search-and-rescue platform.

The AW189 is a civil-orientated version of the military AW149, which in turn is an enlarged development of the popular AW139.

The AW189 is a medium-sized twin-engine helicopter with a five-bladed fully articulated main rotor, a four-bladed tail rotor and a retractable tricycle landing gear. It is powered by two General Electric CT7-2E1 turboshaft engines.

Aspects of the AW189 are deliberately similar to the AW139 and AW169. All these helicopters share similar flight performance characteristics, maintenance procedures, cockpit layout, safety features, and design philosophies.

The AW189 program was officially announced at the Paris International Air Show in 2011. A prototype first flew later that year (21 December 2011).

Six AW189s were used during the development period - four prototypes and a pair of pre-production aircraft. The pre-production aircraft were used to develop mission kits and configurations for offshore and SAR roles, enabling these to be immediately certified and available for customer selection. In August 2013, the fifth prototype was dispatched to the UK, so that AgustaWestland's UK branch could begin work on certifying the type for SAR operations.

The AW189 received type certification from EASA in February 2014 and then from the FAA in March 2015.

The AW189 is relatively unusual in having two production lines from a very early stage of its development – one in Italy (Vergiate) and the other in the UK (Yeovil). The serial numbers of each aircraft indicate its location of manufacture:

In October 2017 Leonardo announced the development of the AW189K variant, powered by two 2500 hp Aneto-1K turboshafts produced by Safran Helicopter Engines. EASA certification for the AW189K was achieved in June 2020. Hot and high operations should benefit from the additional 500shp (370kW) per engine. Gulf Helicopters will be the launch customer of the AW189K.

During development, the AW189 was designed to comply with the latest international regulatory safety requirements (and particularly those required for offshore operations, such as search and rescue and services to the oil and gas industries). With this in mind, the main gearbox has 50-minute run-dry capacity, which exceeds safety requirements and was at the time a feature unique to the AW189.

The cockpit features high levels of external visibility and advanced situational awareness technologies and is designed to reduce crew workload and enhance safety. Avionics on the AW189 are fully integrated and displayed on four colour LCD panels. The avionics were designed to use an open architecture, making customer-specified upgrades and additions easier and enabling additional options.

The AW189's cabin can accommodate up to 19 passengers and two crew members. The cabin is accessed via large sliding doors on either side of the fuselage. The helicopter also has a separate externally accessed baggage compartment. An optional dividing wall between the cockpit and main cabin may also be installed. Under certain conditions and limitations, the aircraft can be flown by a single pilot.

Bristow have operated a large fleet of AW189s since 2014 on the primary SAR contract for the United Kingdom. AAR Airlift and partner British International Helicopters (BIH) operate two AW189s from Mount Pleasant Airfield in the Falkland Islands on another commercial SAR contract.

The AW189 has a very good safety record with no major accidents recorded.

The AW189 future is uncertain due to its link to the oil and gas market.

The helicopter was developed specifically for an oil and gas market which is now in permanent decline. As per its direct competitor, Airbus’ H175, the future of the AW189 depends on whether operators will be willing to pay the extra capital cost of a new-design aircraft such as the AW189 in preference to other options such as the S-92.

Unlike the H175, the AW189 is well established and proven in the SAR role with 15 AW189s currently operating in this role. It is therefore a strong contender for other commercial SAR operations.

The AW189 has also achieved limited penetration into the utility market, performing roles such as firefighting. Currently three helicopters work in this role. It will be interesting to see if this number increases over time.

The dry leasing market for the AW189 is not sufficiently developed for guidance to be provided on dry lease rates. Most of the leased AW189s are operating in the SAR role, and for these leases the long-term secure cashflow of the government SAR contract is an important factor in determining the lease rate.

The list price of a new AW189 is US$17m. There have been very few sales of AW189s and so it is not possible to provide useful guidance on sale values.

The primary maintenance events on the AW189 are as follows:

There is no current fixed-time overhaul requirement for the engines.

ITP Aero also offers its own MRO support package for the engines.

Safran offers a support by the hour package for the APU.

The Leonardo Helicopters home page for the AW189:

The Wikipedia page for the AW189:

The Vertipedia page for the H175

CoastGuard AW189s are too big for hospital helipads (September 2016)